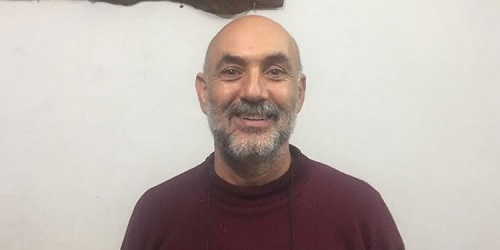 Rasoul Bodaghi, a member of the Board of Directors of the Iranian Teachers Trade Association (ITTA), has been sentenced to five years in prison and banned from residing in Tehran and neighboring provinces for two years.

Mr. Badaghi’s lawyer, Ramin Safarnia, tweeted on Saturday, April 16, that the activist was sentenced to four years in prison on charges of “assembly and collusion” and one year in prison on “propaganda activities.” He was also sentenced to a one-year ban on leaving the country and a two-year ban on residing in Tehran and all neighboring provinces.

The senior member of the ITTA would have to serve four years behind bars according to Article 134 of the Islamic Penal Code, which allows defendants to serve only the longest sentence in cases involving multiple convictions.

Rasoul Bodaghi is a member of ITTA, Islamshahr branch, and the inspector of the association in the Coordinating Council of Iranian Teachers’ Trade Associations. The activist had previously spent seven years in prison for his activities in organizing teachers’ protests and defending their rights.

He was violently arrested after security forces raided his home on December 11, 2022. He was released on bail a few days later.