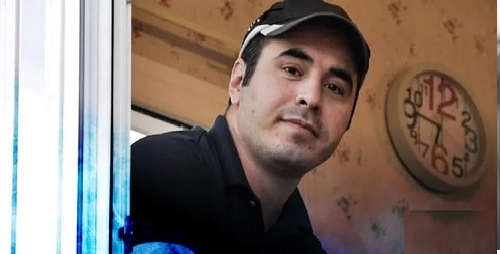 Reports on social media indicate that civil activist and former prisoner of conscience Hossein Ronaghi has been arrested by security forces.

Ronaghi is an advocate for human rights and Internet freedom, and has spent several years in prison for his peaceful activities.

Officials have not yet responded to reports of his arrest.

Meanwhile, his brother, Hassan Ronaghi tweeted yesterday that “my brother has not been heard from since the morning he left home. Some friends said that he has been contacted several times with an anonymous number.”

“Whatever happens to Hossein, the office of the supreme leader, the IRGC and the judiciary are responsible,” he added.

Majid Tavakoli, a civil activist, also tweeted yesterday that “there is no news of Hossein Ronaghi since this morning and his family and we (his friends) are worried.”
He added: “Hossein is a hero who has worked hard for the freedom of the Internet in the last two decades. He has always been the voice of the people with courage and has fought for democracy, human rights and a free Iran.”

In his latest Twitter post published on Tuesday, Ronaghi criticized “the Bill for the Protection of the Rights of Cyberspace Users” which would drastically increase the Iranian authorities’ ability to censor and surveil activity on the internet in Iran. He said that the proposed bill it based on the “opinion and wishes” of the regime’s Supreme Leader.

Hossein Ronaghi Maleki was arrested in Malekan, East Azerbaijan Province, on December 13, 2009, for his activities in connection with the peaceful protests that followed the 2009 election.
In September 2010, after an unfair trial before Branch 26 of the Revolutionary Court in Tehran, during which he was denied access to his lawyer, Hossein Ronaghi Maleki was sentenced to 15 years’ imprisonment for his peaceful activities including articles he had posted on his blog, 14 Tir, in which he used the pen-name Babak Khorramdin (the name of a legendary l9th Century Persian revolutionary leader). At trial, he told the judge that he had been tortured in detention, but the judge answered that he had “deserved it”. In November 2010, his conviction was upheld by Branch 54 of the Court of Appeal in Tehran, though he was told in June 2015 that his sentence had been reduced to 13 years.
During his imprisonment, Ronaghi was physically and mentally pressured to make false confessions.