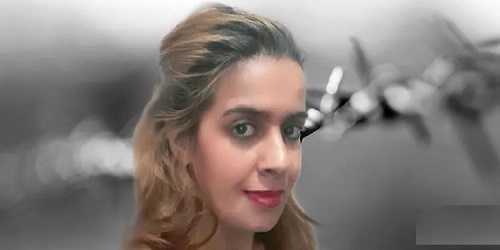 Political prisoner Khadijeh Medipour was beaten by several violent criminals and injured in the eye on Thursday.

Iran’s Prisons Organization confirmed the news on Friday, February 11, saying that the reason for the “conflict” was “obscenity and insult” to Ruhollah Khomeini, the founder of the regime, Ali Khamenei, the Supreme Leader, and Qassem Soleimani, the leader of Iran’s elite Quds Force, Qassem Soleimani, who was killed in January 2020 in Iraq in a US drone strike.

Agents of the IRGC Intelligence arrested Khadijeh Mehdipour on October 10, 2021. Two days later, they transferred her to the women’s ward of the Central Prison of Ilam, where she has been serving a 20-month prison term.

She has been detained there since in violation of the principle of separation of crimes.

Mehdipour, 34, had been arrested once before on October 3, 2020, for her activities on social media. Her sentence was to pay 3 million Tomans in cash.

The Revolutionary Court of Ilam tried her on charges of “propaganda against the state” and insulting Khomeini and Khamenei, the regime’s previous and incumbent supreme leaders. The court handed down a 20-month sentence to her.

The poor condition of prisoners in Iran have been criticized by human rights activists and the United Nations for years.