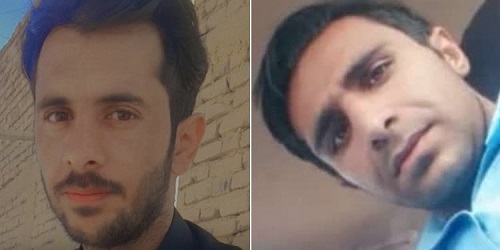 According to Rasanak, a regional human rights news agency, a Baluch fuel carrier identified as Mahmoud Brahui was shot and seriously injured by narcotic forces on Saturday, December 25. He died at the hospital on Sunday, due to the severity of his injuries.

Narcotic forces opened fire on his car, on suspicion that he was carrying drugs. According to the report, Mahmoud’s car was empty and the agents fired at him without warning.

The terms “fuel carrier” and “border porter” are an unfortunate consequence of 42 years of corruption and mismanagement under the Iranian regime which has resulted in a significant lack of job opportunities, especially for Iranians in north-western and south-eastern Iran.

The Iranian regime’s security forces and police have a history of shooting and killing civilians.

There are almost daily reports of police and border guards opening fire on Kurd border porters in western Iran and civilians carrying fuel in south-eastern Iran.
Another Baluch man, Hamid Siahani was also shot and killed by narcotic forces on Saturday.

Narcotics forces fired at Hamid’s car on suspicion of transporting drugs, but after his murder no smuggled goods or drugs were found in his car.
Hamid Siahani, 26, was the father of a child.

An annual report by a human rights group said that at least 204 Iranian citizens were directly or indirectly killed or wounded by Iran’s state security forces in 2020. According to the report, at least 74 citizens were killed, including 36 kolbars, five fuel carriers, and 33 other citizens. The 2020 arbitrary shootings injured at least 130 people.