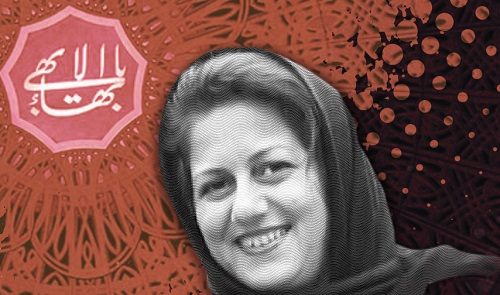 According to a news agency of Human Rights, Manijeh Azamian, 52-year-old, had previously been sentenced on a charge of “propaganda against the regime” by Branch 1 of the Revolutionary Court of Babol.

On April 10, security forces searched Azamian’s house and confiscated several of her personal belonging such as her cell phone, PC hard drive, flash drives, and books about the Baha’i faith. They summoned her to appear at the Ministry of Intelligence office on the same day afternoon.

An informed source said: “During the interrogation, they called several phone numbers from the list on her cell phone and at least three of her non-Baha’i friends or neighbors were summoned for interrogation.”

Three days later, security forces arrested her and transferred her to Babol Prison. The next day, she was released on bail of 50 million tomans.

According to unofficial sources, it is estimated that more than 300,000 Baha’is live in Iran, but the Iranian constitution recognizes only Islam, Christianity, Judaism, and Zoroastrianism. Because their faith is not considered legitimate by authorities, the rights of Baha’is in Iran have been systematically violated for years.

This deprivation of the freedom to practice their religion is a breach of Article 18 of the Universal Declaration of Human Rights, and Article 18 of the International Covenant on Civil and Political Rights. The United Nations covenant holds that every person has the right to freedom of religion, freedom of converting religion, as well as freedom of expression, individually or collectively; openly or secretly.