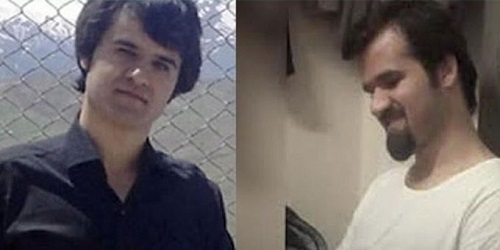 Iran executed two Kurdish Inmates on Tuesday in the central prison of Urmia despite serious concerns that they were tortured into making bogus confessions.

The two prisoners, Diako Rasoulzadeh and Saber Sheikh Abdollah who were sentenced to death by the Revolutionary Court in Mahabad for “enmity against God” and being members of of the Komala, a banned Iranian Kurdish group based in Iraq’s Kurdistan Region.

They were transferred to solitary confinement on Monday in preparation for their execution.

Hours before the execution Amnesty International had called on Iranian authorities to immediately stop the execution of the two prisoners.

“Iranian authorities must immediately suspend the execution of Diako Rasoulzadeh and Saber Sheikh Abdollah, two Kurdish prisoners. The two young men were transferred to solitary confinement in Urmia Prison on Monday morning, and it is feared that authorities plan to execute them on Tuesday,” the rights group said in a tweet on its Persian language.

In another tweet, Amnesty International said the Iranian Judiciary had ignored the protests of the two prisoners about being denied access to a lawyer and being tortured during their detention.

“Execution of these two young men will be sheer denial of justice and a catastrophic and irreparable violation of the right to life,” AI said.

Both Diako Rasoulzadeh and Saber Sheikh Abdollah were detained in early 2014 by security forces in Mahabad, northwestern Iran, along with another man identified as Hossein Osmani.

They were heavily tortured for close to a year in the Urmia Intelligence Detention Center to confess to complicity in a 2010 bombing in Mahabad in September 2010.
The bombing which was carried out during a military parade on the anniversary of the Iran-Iraq War (1980-1988) killed 12 and injured 82 others.

Diako Rasoulzadeh and Saber Sheikh Abdollah were deceived with promises of leniency as well as torture not to challenge the official account and to appear on TV to confess to having carried out the bombing.

The Kurd political prisoners were finally forced to give televised confessions, broadcasted from the regime’s English TV network, Press TV in the summer of 2014.

Hossein Osmani did not accept the charges and told the court that he had been tortured to accept responsibility for the bombing and showed his torture scars.

This is while three years before this in 2010, Mohammad Pakpour, the Commander of the IRGC’s Ground Forces had announced that the “main elements” behind the bombing had been killed.

On April 7, 2015, the 1st Branch of the Mahabad Revolutionary Court sentenced all three men to death for “enmity with God” by being members of the Komala Party of Iranian Kurdistan and complicity in the bombing. The ruling was confirmed by the Supreme Court.