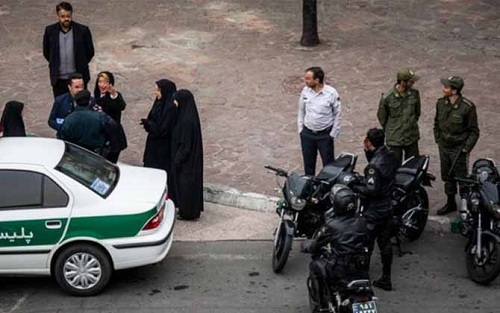 Officials in the northern city of Kelardasht in Mazandaran Province say 13 young men and women were arrested Thursday in a “mixed-gender night party”, according to the state-run Fars news agency.

Fars known to be affiliated to the Revolutionary Guards (IRGC) said six women and seven men were arrested in a night party where alcohol was being served but didn’t provide further details on those arrested.

Drinking alcohol and attending parties of unrelated men and women is illegal in Iran.

The regime does not recognize or respect Iranian’s right to privacy and mobilizes all its forces to crack down on civil liberties.

Hundreds of people have been detained in private mixed gender parties over the past year.

In late October, the Iranian authorities arrested 15 men and women at a mixed-gender party at the Iranian island of Qeshm.

Tasnim cited the Commander of the Qeshm Bassij Forces as saying that the raid happened on a beach on the Persian Gulf island.

“In the past few days in a joint operation between intelligence and police forces and the Bassij (paramilitary forces) in Qeshm, 15 girls and boys who wanted to throw a night party in a residential area on the beach were detained with arrest warrants”, Mohammad Salari said.

In another development in the state-run media also reported on October 24 that 52 partygoers were detained in Mashhad, considered the weekend in Iran.

“In a surprise measure by the Khorasan Razavi Moral Police, more than 50 people who were participating in a luxury party near Mashhad were detained on Thursday night”, the Judiciary head of the northeastern province said.

“Female police officers detained 23 women who were dressed and acted immorally,” he said, adding that the other 29 detainees were men.

The detainees were taken to court and 24 “expensive” cars were impounded, the head of the Judiciary said.