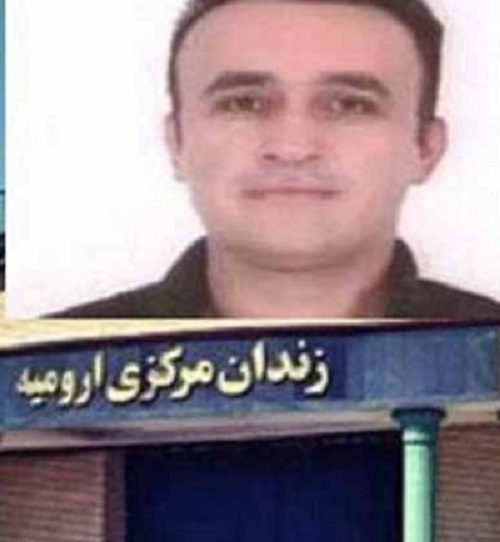 Ali Badrkhani, a prisoner of conscience detained in Urmia’s central prison (northwestern Iran), has been on hunger strike since Tuesday, August 7, 2018. Mr Badrkhani is protesting his transfer to a ward in the prison where 400 narcotics prisoners are held. Mr Badrkhani deems the transfer a violation of the principle of classification of the inmates based on the type of the offences.

According to a close source to Mr. Badrkhani: “Mr Badrkhani launched the hunger strike, right after his arrest, demanding his transfer to the ward of political prisoners.

Subsequently, the guards took him to the Prison Director’s office under the pretext of discussing his demands. However, once in the director’s office, he was handcuffed and forcibly transferred to the narcotics ward where he is currently held.” Consequently, Mr Badrkhani went on hunger strike again. Harassment due to the political nature of his charges by a prison official called Gharebaghi is reportedly another reason for his hunger strike.

Mr Badrkhani was previously arrested in winter 2015 and later released on bail. However, he was barred from continuing his education while in his last semester of completing his master’s program at the University of Tehran. He was sentenced to three years in prison for “Acting against national security”. Mr Badrkhani began srving his sentence in spring 2017.

Mr Badrkhani is a member of the Kurdish ethnic minority and has Irani-Iraqi citizenship. Among his publications are Turkey, Democracy and Kurds, Discussion of Idea, Refugee of Love, Kurdish Tales and Myths.